Please submit a paper, session, or poster! AEFP members and prospective members are invited to submit proposals for the AEFP 37th Annual Conference on March 15-17 2012. Proposals may address any of a broad range of topics in education finance and policy. Open for proposals: 10/1/2011 Close: 11/8/2011 Submission portal: http://www.aefpweb.org/proposals
Posted by Unknown at 1:35 PM

Along with Josh Hyman (a doctoral student at University of Michigan) and Diane Schanzenbach (economist at Northwestern) I have a new paper on the effect of class size in elementary school on adult educational outcomes (NBER link here; ungated link here). The Economist just blogged about it, which makes my economist heart go pitter-patter!

"This paper examines the effect of early childhood investments on college enrollment and degree completion. We use the random assignment in the Project STAR experiment to estimate the effect of smaller classes in primary school on college entry, college choice, and degree completion. We improve on existing work in this area with unusually detailed data on college enrollment spells and the previously unexplored outcome of college degree completion. We ﬁnd that assignment to a small class increases the probability of attending college by 2.7 percentage points, with effects more than twice as large among blacks. Among those with the lowest ex ante probability of attending college, the effect is 11 percentage points. Smaller classes increase the likelihood of earning a college degree by 1.6 percentage points and shift students towards high-earning ﬁelds such as STEM (science, technology, engineering and medicine), business and economics. We conﬁrm the standard ﬁnding that test score effects fade out by middle school, but show that test score effects at the time of the experiment are an excellent predictor of long-term improvements in postsecondary outcomes. We compare the costs and impacts of this intervention with other tools for increasing postsecondary attainment, such as Head Start and ﬁnancial aid, and conclude that early investments are no more cost effective than later investments in boosting adult educational attainment."
Jan 2012 Update: The BLS Monthly Labor Review also has a nice discussion of the paper. 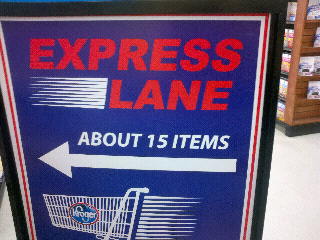 Very cool use of statistics. Survivors of a sunken battle ship give disparate, 100-mile wide reports of where it sank, and there follow 70 years of unsuccessful searches. Statisticians plot the distribution of reported locations, use theory to determine its central tendency and recommend a small search area. Wreck found. Nerds to the rescue!

Freakonomics: Nazis, Sunken Ships and a 67-year-old Game of Telephone